Nintendo is one of the oldest gaming companies around, and offers many of the best video games for kids, teens and adults. Super Mario anyone? We review the line-up of low cost  Nintendo handhelds and consoles so you can pick one for yourself or as a gift.

The Nintendo Switch Lite ($199) is available in your choice of 4 awesome colors (Grey, Turquoise, Yellow and Zacian). The 5.5-inch touch screen, only slightly smaller than the 6.2-inch on the more expensive Switch, has great resolution (720p) and is large enough to really get into the game.

The Switch Lite is an integrated screen plus built-in +Control Pad. Battery life is about 5 to 7 hours between charges, depending on the games and internet connection.

If you want to take your gaming up a level, you can always get the Original Switch . It retails for about $299, but Amazon has been offering a $30 instant coupon savings along with a $30 credit. Check it out before the specials go away! 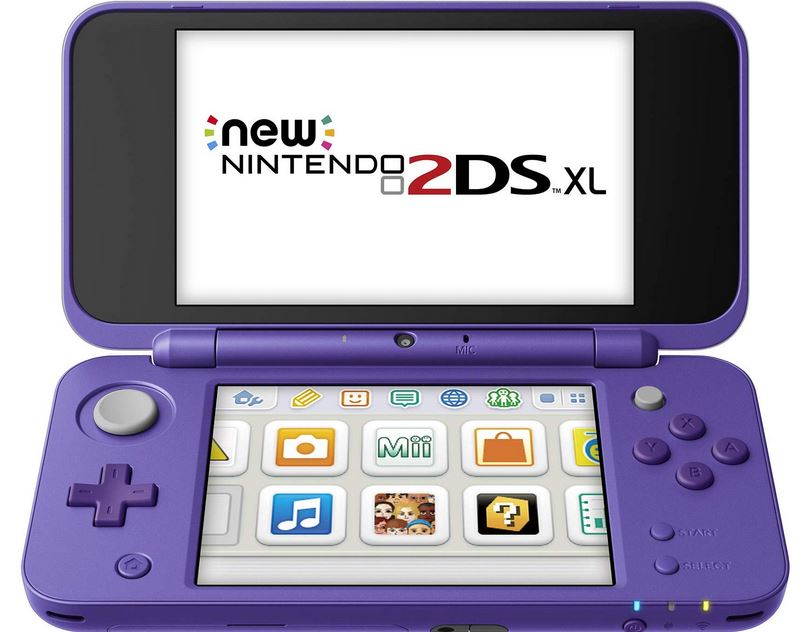 We like the bundled Nintendo 2DS XL ($140) from Amazon that gets you the handheld with Mario Kart 7 already installed. The Purple + Silver color really pops! Or you could choose White + Orange or Black + Turquoise.

This is a great unit for kids 7 to about 12 years old. The case is well made, the controls are sized right for smaller hands and there is a good selection of games / content.

A fun addition to the New Nintendo 2DS XL is “amiibo” functionality. The amiibo are interactive figures and cards that work with your games. Tap an amiibo while playing compatible Nintendo 3DS software and you’ll uncover surprising new features! Yes, you can plays the library of 3DS games, but you won’t get all the effects since the screen is 2D.

If the 3D visuals are a must-have for you, go for the Nintendo New 3DS XL Solgaleo Lunala Black Edition (about $220) and don’t forget the buy an AC charger adapter (about $8) since it doesn’t ship with the 3DS. 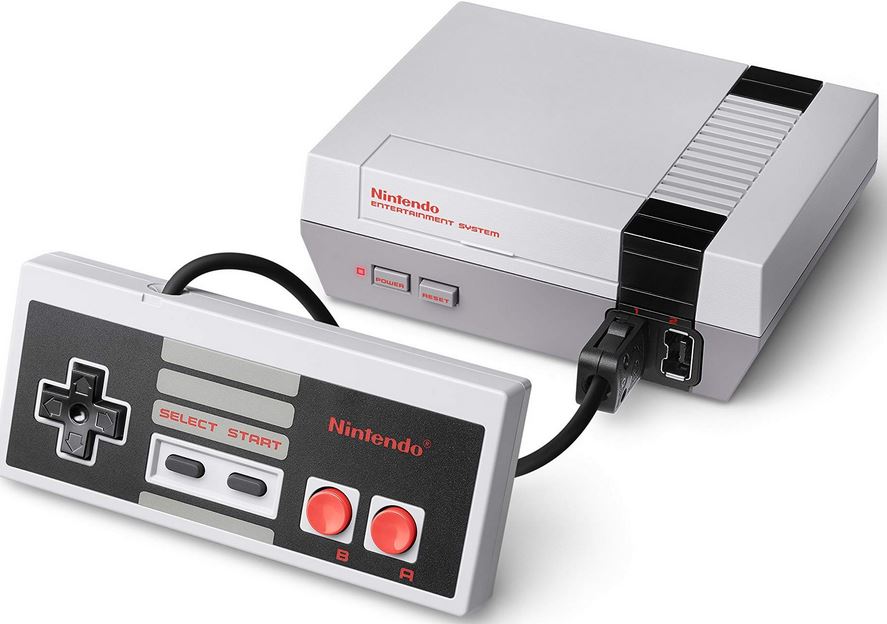 Go Retro with the Nintendo Entertainment System: NES Classic Edition (about $95). This remake has the original look and feel of the 1985 console., only smaller, sleeker, and pre-loaded with 30 games (including favorites like Super Mario Bros., Donkey Kong, The Legend of Zelda, PAC MAN, Dr. Mario, Mega Man, Final Fantasy, etc.).

We really like the price for everything you get, and the new version is much more responsive. The graphics are designed so you still get the square pixels, so the game will look just like the 8-bit originals.

Set up is simple. You hook it to your TV with the included standard HDMI cable. Plug in the included AC power adapter, and start playing.

One drawback is you’ll need to buy a second controller so you can play the 2-person games. The good news is you can get a Accessory Kit for NES Classic Edition with Controller, 2 Controller Extension Cables and a spare Power Adapter for under $20.

If the 90’s are more your era, you can get that Nintendo remake as well – the Super NES Classic (about $175). It comes pre-loaded with 20+ games, and you get 2 controllers!

Your generous support by using our links for purchases is much appreciated. You may be interested in these Amazon products, or to just start shopping on Amazon - Thank You! *** ***
nesnintendoswtich
Share FacebookTwitterEmailLinkedin