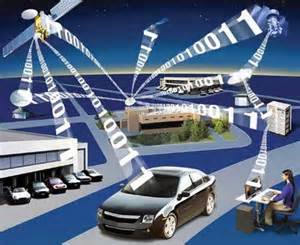 The Evolution of Wireless Sensor Networks

Recent advances in semiconductor, networking and material science technologies are driving the ubiquitous deployment of large-scale wireless sensor networks (WSNs). Together, these technologies have combined to enable a new generation of WSNs that differ greatly from wireless networks developed and deployed as recently as 5 to 10 years ago.

Today’s state-of-the-art WSNs have lower deployment and maintenance costs, last longer and are more rugged. They are finding their way into numerous applications in our homes, work places and beyond, bringing new sources of information, control and convenience to our personal and professional lives. Below is summarized several examples of how WSNs can enhance productivity, reduce cost and even save lives.

To understand the tradeoffs in today’s WSNs, it is helpful to briefly examine their history. Like many advanced technologies, the origin of WSNs can be seen in military and heavy industrial applications, far removed from the light industrial and consumer WSN applications that are prevalent today. The first wireless network that bore any real resemblance to a modern WSN is the Sound Surveillance System (SOSUS), developed by the United States Military in the 1950s to detect and track Soviet submarines. This network used submerged acoustic sensors – hydrophones – distributed in the Atlantic and Pacific oceans. This sensing technology is still in service today, albeit serving more peaceful functions of monitoring undersea wildlife and volcanic activity.

Echoing the investments made in the 1960s and 1970s to develop the hardware for today’s Internet, the United States Defense Advanced Research Projects Agency (DARPA) started the Distributed Sensor Network (DSN) program in 1980 to formally explore the challenges in implementing distributed/wireless sensor networks. With the birth of DSN and its progression into academia through partnering universities such as Carnegie Mellon University and the Massachusetts Institute of Technology Lincoln Labs, WSN technology soon found a home in academia and civilian scientific research.

Governments and universities eventually began using WSNs in applications such as air quality monitoring, forest fire detection, natural disaster prevention, weather stations and structural monitoring. Then as engineering students made their way into the corporate world of technology giants of the day, such as IBM and Bell Labs, they began promoting the use of WSNs in heavy industrial applications such as power distribution, waste-water treatment and specialized factory automation.

While the market demand for WSNs was strong, moving beyond these limited applications proved to be challenge. The military, science/technology and heavy industrial applications of previous decades were all based on bulky, expensive sensors and proprietary networking protocols. These WSNs placed a premium on functionality and performance, while other factors such as hardware and deployment costs, networking standards, power consumption and scalability fell to the wayside. The combination of high cost and low volume prevented the widespread adoption and deployment of WSNs into a broader range of applications.

The heart of any WSN lies in the sensors. The past decade has seen rapid advancement in multiple sensing technologies:

As the semiconductor industry began standardizing on CMOS processing technologies for most semiconductor components by the late 1990s, the hardware required to implement large-scale WSN applications finally reached attractive cost points. Network designers no longer rely on bulky and power-hungry discrete circuit or multi-chip solutions. Instead, new products are coming to market that simplify WSN hardware, such as wireless MCUs – system-on-chip (SoC) devices that contain a general-purpose MCU and an RF transceiver in a single chip. These SoCs include enough high-performance peripherals (amplifiers, ADCs, DACs) and non-volatile memory to handle both the application processing and network protocol stack while simultaneously providing the RF link to the network.

The plethora of battery technologies available today for WSNs enables system designers to tailor their energy storage devices to the needs of their applications. For example, the latest lithium battery technologies allow optimization for any operating lifetime or environment. For applications with small temperature variation and short lifetime, lithium manganese dioxide (LiMnO2) batteries provide solid performance at cost-effective prices, while applications demanding large temperature ranges and multi-decade lifetime are satisfied with batteries based on lithium thionyl choride (LiSOCL2) chemistry.

While batteries represent the preferred low-cost energy storage technology, energy harvesting/scavenging devices are beginning to emerge as viable battery replacements in some applications. For example, power can be generated from temperature differences through thermoelectric and pyroelectric effects, kinetic motion of piezoelectric materials, photovoltaic cells that capture sunlight, or even the direct conversion of RF energy through specialized antennas and rectification. Examples of energy scavenging/harvesting devices coming to market today include piezoelectric light and doorbell switches. Research is ongoing in the energy scavenging domain, and deployment costs are expected to continue to fall in the coming years.

Through advances in sensor, networking, semiconductor and energy storage technologies, future WSNs will combine to form the nervous system of the IoT. When combined with cloud computing and big data processing, the number of applications for and market size of the Internet of Things . Internet of Things are almost limitless and will allow humans and machines to interact in unprecedented and unanticipated ways. End users will be able to control their entire home through a single easy-to-use interface. Energy content and distribution systems will increase their efficiency. Farms will produce more crops. Lives will be saved with continuous in-home medical monitoring systems. In short, the coming years are an exciting time in the world of wireless sensor networks.

We covered this topic at an introductory level in this article, and if you would like to learn more we recommend these books available through Amazon:

Industry 4.0: The Industrial Internet of Things

Stay Informed On Latest Tech News – If you found this article interesting and informative, please sign up for our e-newsletter at SourceTech411  .

Your generous support by using our links for purchases is much appreciated. You may be interested in these Amazon products, or to just start shopping on Amazon - Thank You! *** ***
WSN
Share FacebookTwitterEmailLinkedin

IStruct Robot Ape Stands Upright Thanks To Its Active Spine

What You Need to Know About Time Servers and Embedded Computers

Taking an e-mail break Via Acumor