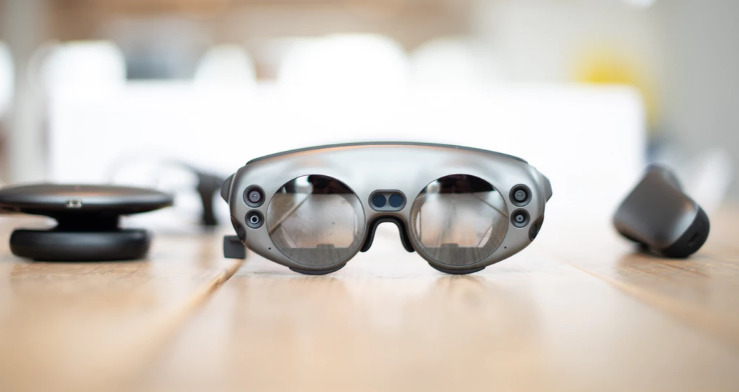 Virtual reality has really picked up speed over the last few years as the technology behind it has improved. There are many exciting changes to come as more industries adopt the technology to enhance their operations — and make things a little more exciting. Below are just a few of the ways virtual reality will be used in the future.

Virtual reality could help make some really exciting movies. We’ll probably see a wide variety of genres experimenting with VR in the future, but this will likely work best with big-budget action or sci-fi movies. Imagine seeing seeing the latest Marvel superhero movie in VR. You’ll be right in the center of the action, and have the freedom to explore your environment as the movie is unfolding.

Eventually, VR movies might be able to offer a more personalized experience, and blur the lines between filmmaking and gaming. They could be similar to the Choose Your Own Adventure children’s book series in that you could be a character in the movie (and interact with the characters) or make decisions for characters that change the course of the movie. There’s a lot that directors could experiment with, so it will surely lead to an exciting time in VR filmmaking.

Although virtual reality will completely alter a wide variety of industries, gaming is still one of the biggest driving forces behind VR technology. VR games like Dirt Rally, Resident Evil, and PokerStars VR offer highly entertaining, immersive, and social gaming experiences. But where might the future of VR gaming be headed? The future of VR gaming is all about location-based entertainment VR.

While there are some VR entertainment centers that exist now, the VR entertainment centers of the future will feature more complex sets and better tech equipment. Basically, it’ll be like being physically inserted into your favorite video game, or Ready Player One. The VR entertainment centers will be designed for both safety and interaction, so you can explore your VR environment without obstacles you might run into at home or outside. Aiding you in your exploration will be wearables, like gloves and body suits with sensors. Additionally, team-based experiences will also be common, making the future of VR gaming a great social activity.

Virtual reality will soon change how workers in a wide range of industries are trained. In general, this application of VR could be used in nearly any industry, from retail to teaching, to ensure that normal business operations carry on and aren’t disrupted from training new employees. The technology could be used to simulate normal day-to-day operations or even crisis scenarios.

But it will be extremely useful in training workers that work in more dangerous fields, and VR could greatly help with mining, construction, military, engineering, medical, and emergency situations. VR will help workers to take on tasks that are otherwise difficult or impossible to replicate, such as allowing workers to virtually train for brain surgery, space exploration, or a mining disaster.

Combined with wearable technology, VR travel will be taken to a whole new level. Wearable technology could allow you to “feel” your virtual environment, and even “feel” the weather. The future of VR travel might even include VR travel centers, where you can go to a physical location similar to the above-mentioned VR gaming centers. In this special location, you’d be able to use VR to interact with and explore your virtual environment in a way unlike virtually traveling at home, because the set would be designed to enhance your virtual experience.

Although it’s hard to beat the real thing, in the future virtual traveling will likely be cheaper than real-life travel, so it’s a great option for people to have. It will even offer those who are unable to travel (due to injury or illness) the opportunity to experience a new place as if they were there — and that’s pretty incredible.

Your generous support by using our links for purchases is much appreciated. You may be interested in these Amazon products, or to just start shopping on Amazon - Thank You! *** ***
VirtualRealityVR
Share FacebookTwitterEmailLinkedin

VR Games That You Can Already Play