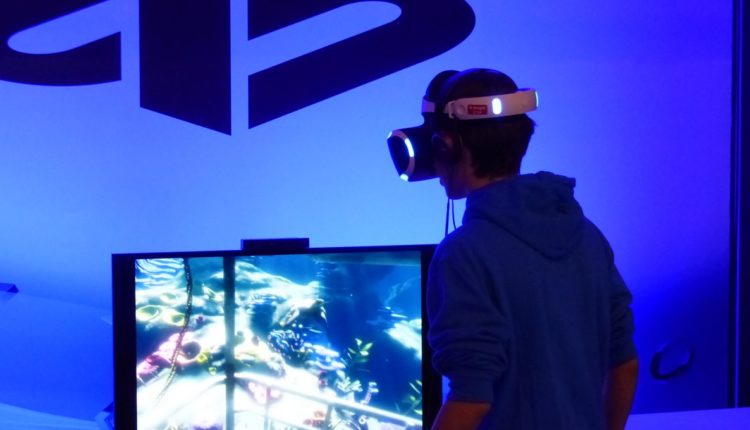 VR Games That You Can Already Play

VR gaming is starting to hit the shelves and find its way into the homes of gamers. It’s been something of a slow start for the technology, but now the market is starting to pick up. Recent research by Futuresource anticipated a 220% growth by the end of the year, a sure sign that VR is no longer just a concept.

The main consoles for VR gaming are the Oculus Rift and Playstation4 VR, but that’s not the only place gamers can find their fix of alternate universes. There’s also Vive VR, and SteamVR for PC gaming. PokerStars has recently released a Beta version of VR poker, with the official launch expected later this year.

The Playstation store emphatically points out that there are now over 150 games and experiences available for the VR headset. That’s all well and good, but not all of them are actually worth playing. VR gaming is still very young, and games are often incomplete or very short sort of ‘concept’ games.

Zero Hour is one of the first truly complete VR games for the PS4. Many of the other games available are VR modes on ordinary titles. Gran Turismo Sport is fully VR compatible. The series has always offered an awesomely realistic driving simulation experience, but in VR it really gets the blood pumping. Drivers will almost feel every bump on the road, but without any danger!

Resident Evil 7: Biohazard is also fully playable in VR. Expect the usual atmospheric gameplay and narrative with a 3rd person style. The VR headset places players right in the action so that they can feel the tension and fear.

The Climb by Crytek

Oculus Rift is the only mainstream console exclusively focused on VR, which means that every game released is made for the VR world. The release of the Oculus Quest shifts the focus even more in line with gaming. The Oculus Rift offers tons of free games and little experiences, but there are already some stand-out titles making an impact and rising to fame as top games in their own right.

Among them are Dirt Rally VR, a full VR driving game complete with both single and multiplayer modes. You will find all of the race tracks, cars and events as in Dirt Rally, but this time you take control behind the wheel.

Where shoot-em-ups are concerned, Oculus has many. Doom VR places you in the 2016 Doom world, but with a new storyline that sees you take on the role of demon clean up at a research facility on Mars. It’s your excuse to blow up a load of aliens and have a lot of fun doing it. If you’re looking for a totally different kind of shooter, check out Superhot VR. In this game, the world only moves when you move, and the matrix style action requires both real-time speed and planning. It’s beautifully done! Then there’s Arizona Sunshine for a classic zombie survival game with plenty of weapons to boot.

Where Oculus Rift really excels is with the niche titles that give you the opportunity to check out aspects of life that you never before thought possible. The Climb by Crytek lets you climb mountains, gripping on and making leaps, without the possibility of severe injury when you fall. Rock Band VR puts you center stage as star musician playing live music. Creed: Rise To Glory lets you train under Rocky Balboa as Adonis Creed, with the aim of becoming the world’s best boxer!

Virtual reality immerses players in a totally different level of gaming. With new gear coming out all of the time, it is now more readily and cheaply available than ever before. Of course, it should be treated with respect and reservation. We don’t want to spend all of our time escaping this life in search of the ultimate VR shark diving quest. But there are now plenty of games out there for those who want to see the zombie apocalypse early!

Your generous support by using our links for purchases is much appreciated. You may be interested in these Amazon products, or to just start shopping on Amazon - Thank You! *** ***
OcculusPlaystationRiftSonyVR
Share FacebookTwitterEmailLinkedin

Many Of The Best Programmers Work In Poland

Which Is The Best New iPhone?